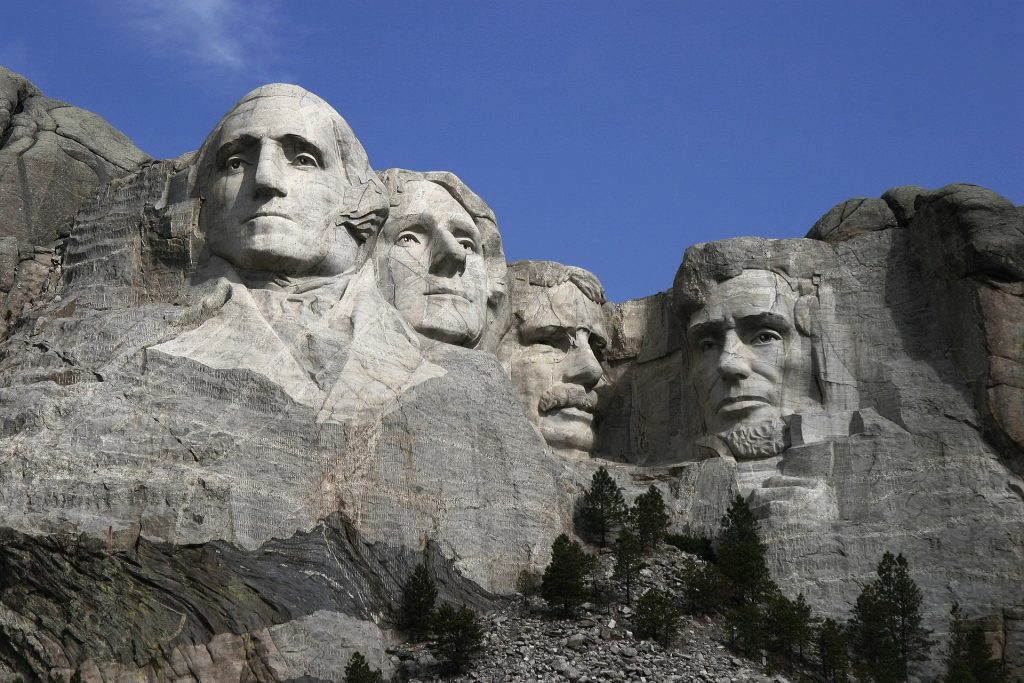 South Dakota provides an interesting case study of what happens when the authorities make practically no attempt to check the spread of COVID-19. The state’s governor, Kristi Noem, is a stalwart small-government conservative, who has been even more defiant in her refusal to impose lockdowns than Sweden’s Anders Tegnell. She has argued that “the people themselves are primarily responsible for their safety”, and at one point claimed that a “very prominent national reporter” had praised her for proving that lockdowns were “useless”.

South Dakota’s epidemic began in the late summer of 2020; the state having been spared the first wave. Yet between August 1st 2020 and February 28th 2021 (212 days), there were only 64 days of mandatory school closures; seven days of workplace closures; seven days of bans on large events; zero days of bans on large gatherings; zero days of restrictions on public transport; zero days of mandatory stay-at-home orders; and zero days of restrictions on internal movement. In addition, Noem never issued a mandate on the wearing of face masks. The Mount Rushmore State, as it’s known, may have taken the least restrictive approach to COVID-19 of anywhere in the Western world.

As things presently stand, South Dakota is ranked eighth highest among US states for the number of confirmed COVID-19 deaths per million people – so not the worst, but well above average. (And the state may have to some extent benefited from its comparatively low population density.) However, my aim here is not to criticise or praise South Dakota’s approach to COVID-19. Rather, it is to examine the trajectory of its epidemic, and to consider what this tells us about the epidemiology of COVID-19 more broadly.

The chart below plots the daily number of cases in South Dakota since March 31st 2020, alongside the Google mobility index for residential, and the Google mobility index for retail and recreation. Each of these indexes quantifies the change in people’s movement relative to the baseline, based on smartphone data. For example, the mobility index for residential tells us how much more or less time than usual people were spending at home (–20 means 20% less; +20 means 20% more). Each line represents a seven-day moving average, so as to make the chart easier to read. (The two troughs in the red line around 350 on the x-axis correspond to Thanksgiving and Christmas, respectively.)

Looking at the blue line, case numbers accelerated up to a peak in mid November, and then fell rapidly again afterward. But this prompts a question: given the almost total lack of restrictions, what caused case numbers to fall? By the date of the peak, South Dakota had had about 65,000 cases, which equates to 7.3% of the total population. Even if, say, two thirds of those who’d been infected were not counted, that still only gets us to 22% of the population. And the herd immunity threshold for COVID-19 is thought to be around 66%, or even higher.

Another possibility is that people changed their behaviour voluntarily or in response to local measures. While this almost certainly happened to some extent, the Google mobility data does not reveal any dramatic shifts around the peak in mid November. The retail mobility index fell substantially during August and September, but then decreased gradually over the next two months. There was no sharp drop that could explain the sudden decline in cases. Likewise, the residential mobility index was mostly flat over the months of October, November and December. I checked the other Google mobility indexes (e.g. for workplaces), and none of them showed a dramatic change in mid November.

So, why did case numbers fall in South Dakota? I’m afraid I don’t have the answer. But here are a few possibilities. First, the herd immunity threshold is lower than 66%. This could be because the threshold has been overestimated in general, or because it is lower specifically in South Dakota, perhaps due to the state’s geography.

Second, the Google mobility index is a poor measure of the behaviours that drive transmission (as Philippe Lemoine has suggested). Perhaps South Dakotans were extra careful to practice social distancing during the month of November, even though they didn’t stop going out for retail and recreation. Weighing against this interpretation is the fact that there were dramatic changes at the start of the pandemic. Notice the precipitous decline in the retail index, and concomitant rise in the residential index, on the left-hand side of the chart.

Third, the level of immunity at which cases start declining (even if true herd immunity has not yet been reached) is much lower than 66%. This could be the case if there is substantial heterogeneity in the behaviours that drive transmission. Suppose that 80% of infections are caused by 20% of people. (Perhaps these ‘super-spreaders’ are particularly sociable, careless, or likely to interact with others by nature of their work.) Once a large enough share of the 20% has been infected, case numbers may begin falling rapidly. (This point has been made by David Dowdy.)

Under the governorship of Kristi Noem, South Dakota may have taken the least restrictive approach to COVID-19 of anywhere in the Western world. Although the state has racked up a high death count, its epidemic receded long before herd immunity was reached – despite almost no government restrictions, and little change in people’s overall mobility. This may be because the herd immunity threshold has been overestimated; the mobility data don’t capture changes in social distancing; or cases start declining as soon as enough ‘super-spreaders’ have been infected.