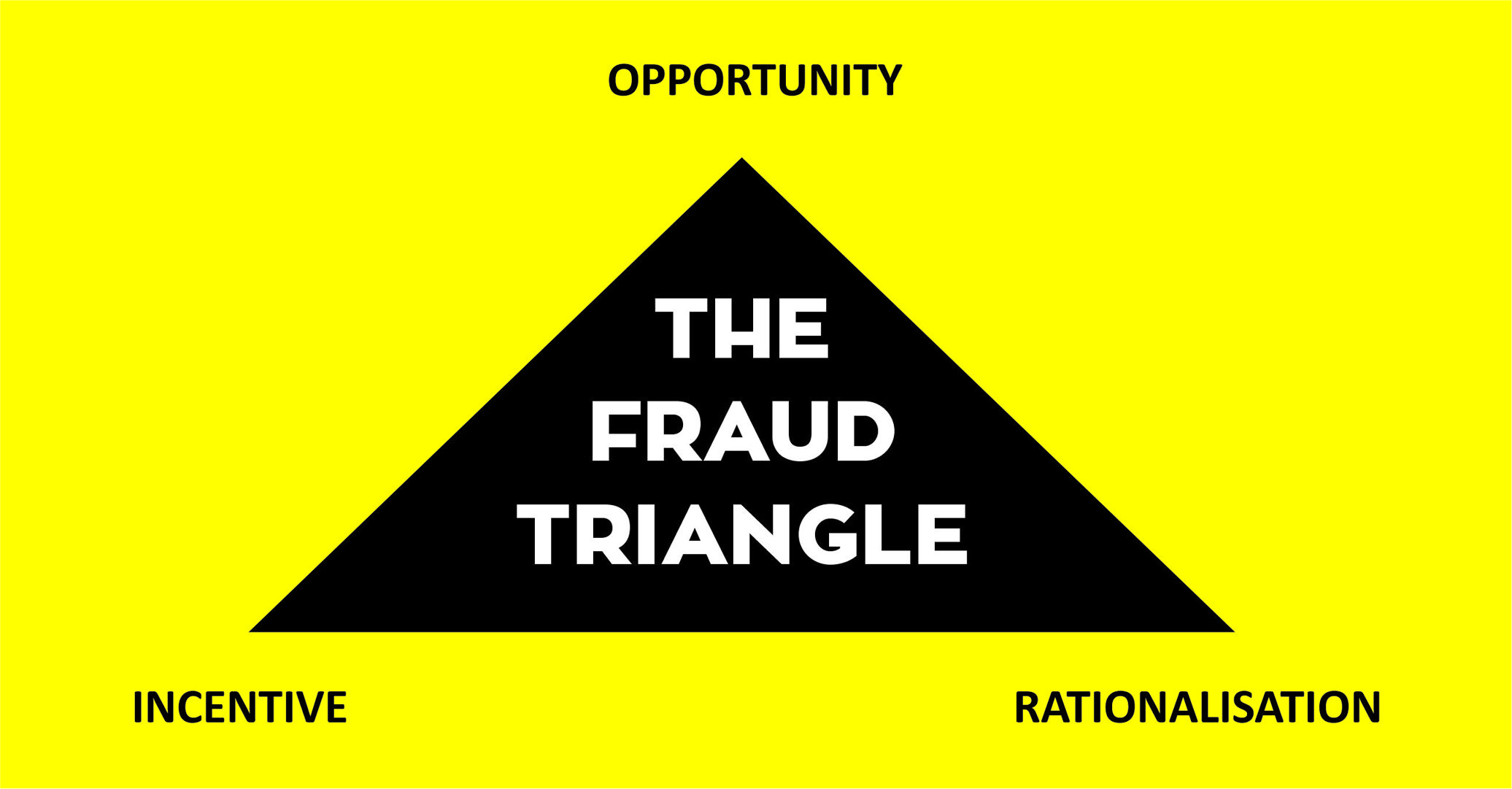 The question most often posed of me when I embark on yet another monologue about the endless lunacies plaguing our lives right now is “why?”; if what you’re saying is true, if the damage is so great, if the virus isn’t such a threat, if the efficacy of the measures is so low, then why would the Government be doing this to us?

All of these are important factors that require attention. However, it seems to me that the debate has largely been based on the fallacy that the reason for all this lies somewhere on a spectrum between ‘cock-up’ and ‘conspiracy’, with ‘cockupspiracy’ falling somewhere in the centre. I do not believe this is the case, because I do not believe that there is a spectrum here.

What we are seeing, I’m sure many of you will agree, is a fraud – a wrongful or criminal deception intended to result in financial or personal gain (or avoidance of loss) – on a monumental scale, and, as such, and given my background in audit, I believe that, instead, this should be analysed with reference to the fraud triangle (above).

The fraud triangle (comprised of Opportunity, Rationalisation, and Incentive/Pressure) is the basic framework used to explain the reason behind an individual’s decision to commit fraud, and so it is also going to be the basic framework by which I attempt to explain the Government’s actions termed “Polis-20” in James Alexander’s December 9th piece in Lockdown Sceptics (“A Cockupspricacy”).

“The pandemic represents a rare but narrow window of opportunity to reflect, reimagine, and reset our world” – Professor Klaus Schwab

“We couldn’t get away with it in Europe, we thought… and then Italy did it. And we realised we could.” – Neil Ferguson

If neither of these quotes sends shivers down your spine, then I can only conclude you are as spineless as our current leader.

I include these not because I believe that the Great Reset is the factor driving the pandemic response, or that Neil Ferguson is some criminal mastermind intent on watching the world burn, but because they highlight a key fundamental of my explanation: when people panic in the face of an unknown, they are more malleable; and when people are malleable, opportunities arise.

When the Government set about its plan of “three weeks to flatten the curve” – the one-year anniversary of which I am very excited to celebrate soon – it did so in the height of panic, with the desire to be seen to be doing ‘something’, and in the face of mounting cries from the media of, “they’re doing it, they’re doing it, why aren’t we doing it too?”

The Government, almost (but not quite) forgivably so, buckled under these conditions, and, as this was a reaction, this is not where the fraud was committed; it is all that came after, once it became clear that what they had done had been a mistake, that constitutes the fraud, the wrongful or criminal deception intended to result in financial or personal gain.

The wrongful deception has been that the prolonging of lockdowns, the wearing of masks, the crippling of the economy, the devastation of our young, the destruction of our society and culture has all been not only necessary, but effective and worthwhile.

The financial or personal gain has been, among other factors that will be explored in the next section on Incentive/Pressure, that they would get away with the initial mistake.

The cruelty of the situation is that the observable evidence from the initial mistake, being the compliance, the willingness, and the acceptance, shows that the opportunity to get away with it lies not in walking away, but in doubling down on this initial mistake.

Before continuing, it is important to note that you will find some fraud triangles that specify Incentive as the third point, and some that specify Pressure. I will include both, because I can’t see how they’re interchangeable, and because they are both very important.

More often than not, when considering fraud, the gain in itself is the Incentive. A thief steals for the purpose of obtaining the thing it is they steal. However, in this case, the incentives are far reaching and widely varied.

Further to the external pressures, there are a number of internal pressures, mostly arising from those in Government who are quite clearly enjoying the heightened levels of importance and power. Lord Acton said it best when he penned a letter to Bishop Mandell Creighton in 1887, “Power tends to corrupt, and absolute power corrupts absolutely. Great men are almost always bad men”.

But the fraud I’m discussing here is our Government attempting to weasel their way out of a catastrophic mistake, and the incentive I want to highlight is this: the cost of this mistake is dumbfounding; not just financially, but in so many other ways, and to such an extent that failing to get away with this mistake would inevitably lead to the collapse of governments globally, the ending of careers, and, more likely than not, significant prison sentences.

The final point to the fraud triangle is Rationalisation, and, accepting the assumption that there are those in the Cabinet who aren’t entirely psychopathic and lacking in human emotions, (although I would forgive you should you decide not to accept this assumption), it is the final part required to explain the reason behind this great fraud.

But there are two lines of thinking worth considering here. The first is that after a year of lies, gaslighting, and manipulation, the Government has come to believe their own deception, deluding themselves that now following an apparent strategy of ZeroCovid is indeed a strategy worth following; that this would be the strategy that would save the most lives.

However, with all the data available, this feels unlikely; given that a ‘data not dates’ approach should more closely resemble an immediate releasing of restrictions, coupled with a sincere apology, than a roadmap to freedom that involves a lack of freedoms extending for much longer, I am not convinced by this line of thinking.

The other line of thinking is that they are aware of the fear they have caused, they are aware of the pain and suffering they have caused, and they are, at least to some degree, aware of the pointlessness of it all; and, as a result, they are equally aware that an immediate releasing of restrictions, coupled with a sincere apology, would likely lead to a level of confusion and fury that could lead to severe civil unrest perhaps manifesting in riots and the unravelling of law and order.

The Rationalisation, therefore, is that the cost of honesty at this point could legitimately outweigh the severe costs they are aware the lockdowns and other restrictions cause.

I, personally, do not see this risk, or potential cost, as a likely outcome of well-managed honesty; but then, I believe I have more faith in my fellow Brits than the Government who has infantilised and demeaned their population for a year now clearly does.

I will leave you with one final thought, in case you believe that I am being overly cynical, or that the Government surely couldn’t be doing what I am suggesting here: can you, in all honesty, tell me that better men have not done much worse for much less?