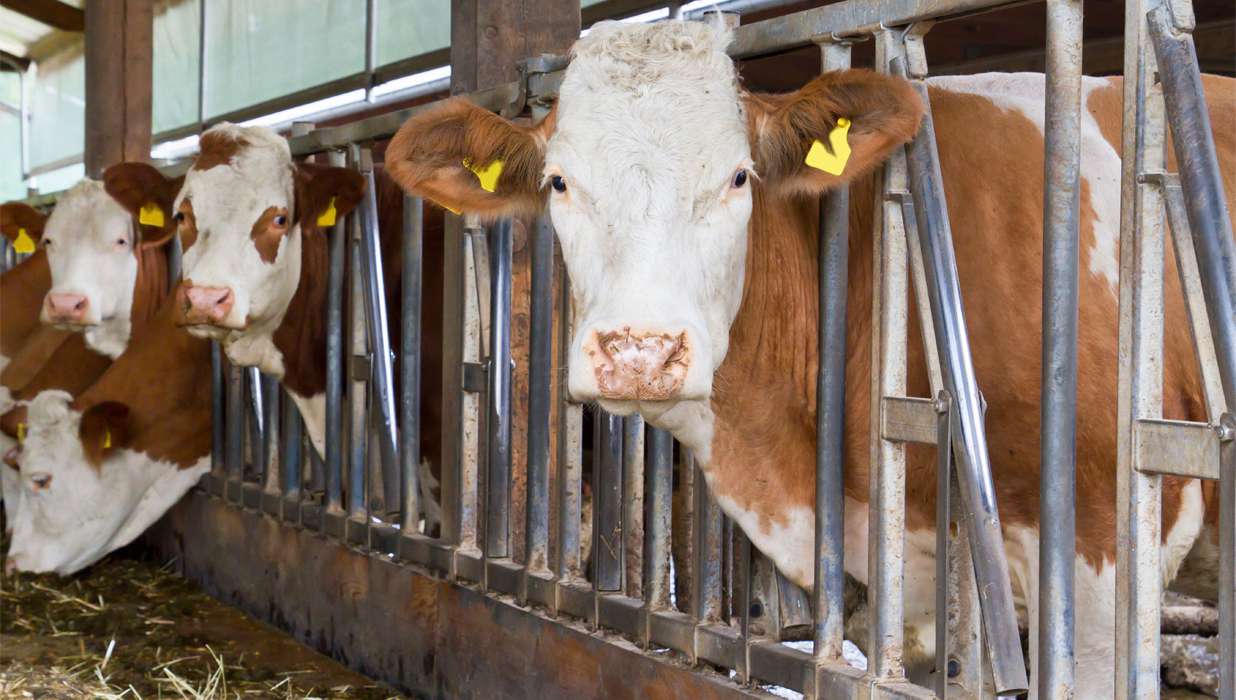 Thirty years ago the UK was gripped by another terrifying health crisis – BSE (Mad Cow Disease). The suggestion that one teaspoon of beef from an infected cow could pass the disease to humans as CJD (Creutzfeldt-Jacob Disease), a neurodegenerative disease with no cure, caused mass hysteria both in the media and then the general public. We were all doomed.

Both committees suggested huge numbers of deaths would occur in the absence of intervention. With COVID-19, the estimate by the computer modelling team at Imperial College London was 500,000 deaths, whereas for BSE/CJD the figure was up to 50,000 deaths. Both sets of predictions led to a media-fuelled frenzy and spurred the sitting Governments into action.

Once the ‘experts’ outlined the scientific narrative, the next step in each crisis involved sensationalisation. With BSE the news was filled with images of staggering cows, and soon with young people dying with similar symptoms. We saw huge piles of dead British cattle which left an uneasy sense that their slaughter was our only chance of survival. The population, without the necessary facts to question ‘The Science’, obeyed orders. Sales of beef plummeted, butchers closed and many farms and other businesses were financially ruined. British beef exports to the US were banned for more than 20 years. Internet communication was in its infancy so any contradictory evidence or alternative theories had no platform in the public domain.

Similarly the COVID-19 crisis began with horrific scenes from overwhelmed Italian hospitals, interviews with overworked and weeping medical staff, followed by coverage of mass graves in Brazil, or temporary morgues in New York. Although the internet does now allow greater discussion, it also enables twitter feeds to amplify the ‘group-think’, while effectively censoring constructive debate, as we can see by the treatment meted out to the authors of the Great Barrington Declaration.

The mantra ‘Follow the Science’ has become weaponised to supress all discussion during our current crisis. The direction of scientific research is also controlled, because its funding will inevitably flow to groups related to members of the committees of experts. During the BSE crisis, many SEAC members were directly or indirectly responsible for the allocation of research grants, with research proposals to investigate any alternative hypotheses rarely approved. If research is monopolised by one theory, it is unsurprising that results generally reinforce that theory. Without funding, most scientists cannot work and alternative theories are thwarted before they can be studied. Even with funding, it becomes difficult to persuade journals to publish research that casts doubt on current dogma. This can be seen by the recent refusal of the Lancet, the New England Journal of Medicine and the American Medical Association to publish Professor Christian Torp-Pedersen’s study into the efficacy of mask wearing. Similarly in September, Oxford University Professor Sunetra Gupta experienced unusual difficulty persuading journals to publish her research on herd immunity, as did Dr Gabriela Gomes on the same topic.

Another similarity between the two crises is that when research produces results that do not fit the predicted science the explanation is always to blame the public. During the BSE crisis a Muslim girl who consumed no beef on religious grounds, and another life-long vegetarian, both developed CJD. ‘The scientists’ were undeterred and simply insinuated that these victims must be to blame: perhaps they overcame their beliefs and sneaked down to the local McDonald’s to enjoy a Big Mac. The fact that millions of British people had eaten meat almost every day of their lives without succumbing to CJD was just good luck.

A similar blame game can be detected in the COVID-19 crisis. All areas of the UK have experienced peaks and troughs in infection rates. However, areas like Leicester have been in almost continuous restrictions for months without seeming to dent the rise in cases. Rather than questioning why this should be happening, the authorities inform us that some areas are not obeying the rules as strictly as the rest of the country. Do they really believe that Londoners take social distancing and mask-wearing more seriously that people from Leicester? Surely other factors should be considered?

Linked to the population-blaming phenomena is the practice of ignoring data that just do not fit the expert’s paradigm. One early report during the BSE crisis showed the professions most affected by CJD. Surprisingly, butchers and abattoir workers were not affected whereas clergy were found to be most at risk. This result did not fit the theory nor could it be explained, so it was simply ignored thereafter.

Once a course of action is established, original predictions become untestable, and mitigating actions can always explain the discrepancies between predicted and actual figures. The BSE crisis continued for years, and although it became increasingly clear that the dire predictions would not materialise, SEAC maintained enormous power over the narrative, the funding and the media. However, all good things must come to an end: case numbers refused to rise and the funding started drying up. In the midst of the BSE crisis I was asked to write a book for the Institute of Economic Affairs, in which I predicted that fewer than 200 CJD cases would be recorded. Later, in 2002, Neil Ferguson’s Imperial College team proclaimed that the 50,000 predicted deaths could be an underestimate. To date, the number of CJD cases is 178.

The course of that crisis has obvious parallels with the current COVID-19 pandemic response. The impression is that we are following the same handbook, albeit with a copy that is a little dog-eared. So when Ferguson predicts 500,000 deaths from COVID-19 if we ignore his advice, I suggest we should be a little sceptical. So far the UK mortality is around 45,000. Despite a total lockdown and numerous local restrictions, our death rate per million is still higher than that of Sweden, that has no such restrictions. Ten or 20 years in the future, the scientists and politicians responsible will be retired in the comfort of knowing that most people have forgotten their roles, just as happened with the BSE crisis.

First published on lockdownsceptics.org on December 1, 2020.